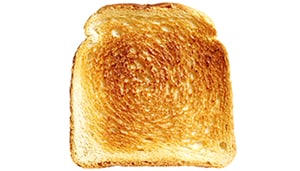 Whether you live to work or work to live, for the vast majority of people throughout the world having a job of some sort is central to the way our lives are structured. So what happens when the drones and the robots take over?

This is not a facetious question, nor a piece of science fiction. The impact of artificial intelligence and smart devices is clear: many jobs as we know them will be taken over by advances in automation, in particular those repetitive, lower skilled or less creative tasks where human skills such as negotiation and creativity are not needed.

Increasingly intelligent machines are simply more efficient and cost-effective. If you can have hundreds of tireless robots uncomplainingly picking grapes 24/7, it is obvious that human labour will become redundant in many areas. And if the value of work such as is this is nothing, if work is performed for free, the path to structural unemployment through technology is clear.

The impact on our economic systems of the future may be dramatic. Within thirty or forty years, the concept of work and working for a living as we know it now will be over: toast.

In addition, developments in artificial intelligence are increasingly producing self-learning machines that simply need more processing power to continue advancing exponentially – possibly, and in the worst of scenarios, to a point beyond our control, where we as humans are merely troublesome, inefficient concepts in a machine world.

These are some of the larger and longer-term effects of artificial intelligence on the world of work. For the near future, it is enough to consider that anything that can be automated, will be automated, creating a huge shift in the labour market. Whereas hundreds of factory workers are involved in assembling one tablet today, within five years the job will be performed by just ten. Automation will profoundly impact all areas of mass production – and the workers involved.

So what will people do? What jobs will be left? The answer is mixed. Many new areas will open up in new or unpredictable niches, with titles we can only guess at at present: privacy managers, data scientists, digital curators, prediction auditors. Jobs for a digital world and a big data economy. Then there are all those areas where human soft skills are essential, such as negotiating, communicating, story-telling, therapy, creative design. Many lower-paid but intricate jobs (think electricians or plumbers) with too many variables may be too expensive to automate. And there will surely always be a premium for the human touch in some areas that could be automated – cooking or teaching, for example.

The Leadership Summit on the Future at ITU Telecom World 2014 in Doha this December is a chance to re-evaluate where we are and where we might be heading in the world of digitalization, of automation, human-machine interfaces and artificial intelligence. The role of work in terms of the structure of our societies is one major element. The opportunities are tremendous, but we also need to understand the possible side-effects of development. Technology is moving fast, and so must we.