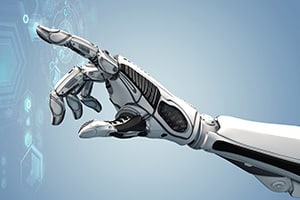 To illustrate there are these proof points:

How about predicting major global changes which impact the Sustainable Development Goals?

There is NELL, the Never-Ending Language Learner which is consuming the web with more than 50 million items learned.

Ultimately, this becomes an uber prediction tool much like Bing Predicts from Microsoft and Google prediction technology and with machine learning tools easily usable for supporting the United Nations 17 Sustainable Development Goals.

When I keynoted on Megatrends in Korea, another speaker hosted by the Ministry of Science, ICT and Future Planning talked about a hybrid delphi system Korea is using to predict and then act upon future trends with over 80 per cent accuracy. It’s a combination of human/machine collaboration and a catalyst where they are trying to change to an algorithm based economy from component manufacturing and with over 4.5 per cent of their GDP going to R&D, the highest in the world.

What of the future?

The impact of AI is so profound and so widespread that Bill Gates in June provided a recommended must-read of The Master Algorithm by Pedro Domingos. Pedro’s book describes the five tribes of machine learning as:

This year, I keynoted at ICSE, the world’s largest software engineering conference funded by the National Science Foundation, the research arms of the major technology companies and the four top science organizations in software engineering. Earlier from Pedro, I received his five top AI megatrends which I outlined at ICSE. I am reproducing them here due to their impact on SDGs and due to the pronounced impact on the international audience of top researchers:

1.The transition from computers that are programmed by us to computers that learn on their own. This is enabled by big data, and in turn enables the personalization of everything, from medicine to shopping, and the increasing automation of every function in an organization.

2.The automation of scientific discovery. Increasingly, each step of the scientific method, from gathering data to formulating hypotheses, is carried out by computers. This enables, for example, new drugs to be discovered at a much faster rate than before.

3.The replacement of white-collar workers by machines, not just blue-collar ones. Routine intellectual work can increasingly be done by AI; what’s hard to replace is physical dexterity, common sense, and integrative intelligence.

5.The rise of evidence-based X, where X includes medicine, policy-making, development aid, and ultimately all important societal decisions. Instead of guesswork and mixed results, we have controlled trials that quickly weed out what doesn’t work from what does.

The future will see large parts of our lives influenced by AI of Everything (AoE)–the global AI mesh spawning a Digital Quake driving the Knowledge Synthesis of Everything (KSE), an inflection point for humankind and the SDGs.

ITU has responded with plans to hold a series of talks on AI that I will have the privilege of moderating at ITU Telecom World 2016 and the ITU Kaleidoscope academic conference in Bangkok, Thailand, this November.

ITU has also created a new LinkedIn group for debate on cutting-edge AI technologies and related ICT applications and services, with the aim of promoting discussion on the future course of AI innovation and its implications for technical standardization and governance. I encourage you to join the discussion to share your views on how you would like to see the international community approaching the biggest questions surrounding the future of AI and, by extension, the future of humanity.