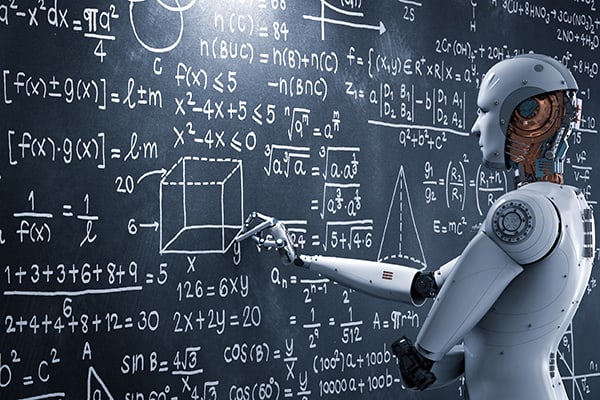 In the movie The Terminator, directed by James Cameron and released 33 years ago, artificial intelligence or AI was already showcased. One of the scenes shows how the AI robotic killer, played by Arnold Schwarzenegger, welded the damaged parts of his body together in a motel room. A cleaner passing by noticed the smell and asked if there was a dead cat inside. A few options for the response popped up for Arnold in the movie:

The intelligent robot picked the last answer which best suited the situation. As a result, the cleaner went away without any suspicion. Interestingly, we are still developing such sophisticated AI.

AI has a broad meaning. From a technical perspective, it includes:

However, what are our expectations of AI? In “The AI Revolution: The Road to Superintelligence”, the author points out that there are 3 stages of development in Al:

Basic — Artificial Narrow Intelligence or Weak AI, i.e. AI specializes in a certain scope, IBM’s Deep Blue can beat the world’s invincible hand in chess, but I am afraid it’s unable to guide you to the nearby restaurants or to book a hotel room for you. The same logic applies to bomb disposal robots and the AI which identifies cancer cells within seconds.

Advanced — Artificial General Intelligence or Strong AI, i.e. the computer thinks and operates like a human being. How does a human think? I have just read a column from a connoisseur. “There are many factors affecting us in choosing a catering place, like our mood, type and taste of food, price, time, etc. The determined factors are not the same every time.” See, it is really complicated. There is a so called Turing Test. Alan Turing, a British scientist who was born over 100 years ago, said: “If a computer makes you believe that ‘it’ is human, it is artificial intelligence.”

Super Advanced – Artificial Superintelligence. Nick Bostrom, a philosopher at Oxford University, has been thinking about Al’s relationship with mankind for years, and he defines superintelligence as “an intellect that is much smarter than the best human brains in practically every field, including scientific creativity, general wisdom and social skills.”

Apparently, we are mainly at the stage of Artificial Narrow Intelligence. Even so, human beings can largely benefit from it, and not just in the limited fields of high tech, telecom and financial services. Education, for example, is a sector where an AI-enabled approach can facilitate greater learning experiences through personalized learning for each student, replacing standardized classroom teaching. As such, we may be able to train our young people how to make best use of AI, rather than trying to compete with it.

With personal, academic, and professional data, such as mouse movements, eye movements tracking, and monitoring expressions to see if students are engaged, confused, or bored, collected through sensors and various Internet of Things devices, teachers can better understand individual student’s learning difficulties and learning preferences, and choose the most effective methods to motivate students with the assistance of deep learning algorithms and prescriptive analytics.

McKinsey Global Institute, a business and economic arm of consultancy firm McKinsey, pointed out in a recent report that high tech, telecom and financial services are leading the adoption of AI. Outside these sectors, however, adoption remains low. It is always hard to change the “status quo” mode of working which appears to have been progressing smoothly for some time. Therefore, amid all the technical fantasy afforded by AI, human factors still remain the last frontier to be overcome. As a start, the mindset of government officials and educators has to change now.

Demis Hassabis, the mastermind behind AlphaGo which defeated the world Go champion earlier this year once said, “If we can deploy these (AI-enabled) tools broadly and fairly, fostering an environment in which everyone can participate in and benefit from them, (then) we have the opportunity to enrich and advance humanity as a whole.”

Issues such as these will be at the heart of debates at ITU Telecom World 2017 in Busan this September, including AI in smart cities: power, potential, ethics and education