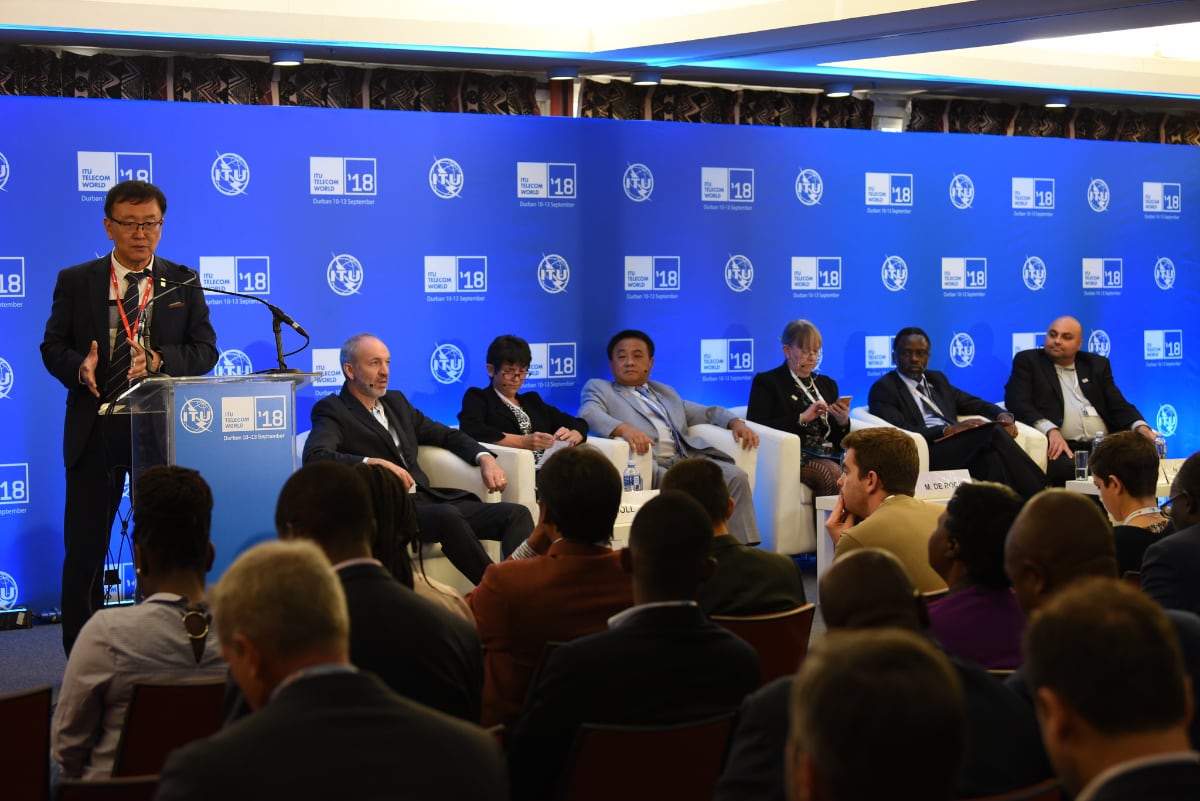 Can AI tell us who to marry? What to learn at school? Can it have a consciousness? These are just some of the burning questions debated at today’s artificial intelligence: impact and ownership session, the first of the Smart ABC programme. Moderator Reinhard Scholl, Deputy Director, ITU’s Telecommunication Standardization Bureau (TSB) began discussions by sharing his own “wow” moment in AI terms capability- when a chess algorithm -with just 4 hours of learning- managed to beat the world-renowned Stockfish 8 chess engine. Panelists- who spanned industry, international organizations and academia- shared their own moments when the tremendous potential of AI truly struck them, from the realization that AI could be used to look at itself, to see if it is exhibiting bias, or its capacity to create deep brain images from things that have never been seen.

“AI is a technology that evokes strong responses (in us), some think robot killers, machines taking jobs while others think of the advances” explained Anne Carblanc, OECD’s Head of Division on Digital Economy Policy. AI certainly seems to be generating a lot of interest and activity, with investment banks, governments and venture capitalists all stepping up AI based R&D as well as acquisitions of high-growth potential AI SMEs. The US tops the global league in terms of AI expenditure, followed by China, the US and Japan, she explained, as well as UAE. Governments are planning for AI in specific areas, often transport, healthcare, environment or defense, as well as trying to attract top researchers into the field. International bodies such as OECD are carrying out high level work around AI, with an expert group to guide the design and implementation of AI.

For IEEs Andy Chen, VP, Professional & Educational Activities Board and Member of Board of Governors, preparation of the next generation for new technologies is key, a sentiment echoed by panelists and delegates alike. AI “isn’t just one technology,” and it is nothing without the data fueling it.

For Moira De Roche, Chairman, IFIP IP3, successful AI echoes chess prodigy Kasparov’s words “machine + human + process” but a strong process is needed, and this takes time. Taking the example of AI for learning, it took “at least a decade” for education to come to terms with e learning and even now, 20 years on, we are not necessarily using e learning for the best effect. AI’s potential as a learning tool is great “Everyone needs to embrace AI as a way of lifelong learning,” she explained. People need to decide what they need to learn and how they can embrace AI for this, and together with others learn to use it for their benefit.

On its own, AI is “just a data processing tool,” but the key question of what it’s going to do- good or bad-“that is a choice we will have to make.” Said Tshilidzi Marwala, Vice-Chancellor and Principal, University of Johannesburg. AI tries to replicate intelligence but there is more that it can’t reproduce, in terms of consciousness. For him, as others, it’s the future of work that is more of a concern. Education systems should not be too specialized, and enable a broad reach of subjects to be studied “We need to restructure the education system, people who do human and social sciences must also do technology.”

For IBM Master Inventor and World Wide Business Development Leader, Neil Sahota, it’s not just about the technology that could be in use in 10 years time, but also about its societal impacts. People may think that AI is the future, but it isn’t, it is here today. He outlined the idea of an AI ecosystem, as is currently being pioneered in countries such as China who are establishing AI towns, incubating AI start-ups and with universities to help pioneering into the digital age. Elsewhere, however, more awareness is needed “We need the skills, but we don’t even have the people to teach.”

Whatsort of progress can narrow AI – AI to solve a specific problem- make in the future, can it make such progress in its area that it can do better than a human? Scholl asked panelists. There are certain tasks, especially those involving pattern recognition that lend themselves very well to AI. The panel debated whether AI could be better in scenarios such as communicating bad news to a hospital patient, as unlike a human, it could always be calm, never stressed. Can AI have empathy? asked Carblanc. AIs can adjust how they interact, developing “artificial empathy” pointed out Sahota. If you have the best doctor giving you news it could be better than AI, said De Roche, but if not, then a machine with time, and acquired facial expressions could potentially do a better job.

The question of AI and creativity was also discussed by the panel. Machines are for productivity, people for creativity, explained Sahota. But do we need to become more creative? It could be argued, said Scholl, that machines are already creative, they can already generate creative chess moves or musical compositions. This could depend on if or how our definition of creativity evolves, pointed out Sahota. If AI is limited to a single task, it could restrict its ability to be creative. Once AI has the ability to multitask it has the potential for exhibiting greater creativity.

What if you asked an algorithm who to marry? Asked Scholl. Does Google know us better than ourselves? What might the algorithm suggest that we do? For some delegates the evolution towards algorithms for online dating is only a natural progression from online dating sites currently in use. It’s actually a simple question for AI, said Marwala – one requiring multiple input yet with one single output answer. Yes or no. Although selecting a future partner via AI would certainly require accurate input data, pointed out Carblanc.

Wrapping up the session, Scholl asked the panel what advice they would give to their children about what skills would best equip them for the workplace of the future. Should we continue in classroom environments, studying subjects like geography and history?

For De Roche, key skills for the future will include critical and creative thinking. Marwala considers communications skills to be crucial, as well as creative skills. “Go and learn about people, societies and technology.” He urged.

Continue learning what we have been learning, said Carblanc. But the idea that being able to build an intelligent machine be the preserve of only a select few was something that she was not comfortable with. We need the basics for all, she explained.

“Are we willing to learn about innovative thinking, deeper levels of maths and history, or are we just going to choose to watch YouTube instead, as the machine knows the stuff for us?” challenged Sahota. People need to be encouraged onto a second path. For Andy Chen, the core elements we can learn is what our values are as humans, and to understand what we want to do. This is more important than just technology.