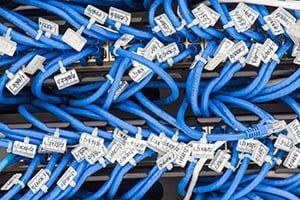 The telecom world has grappled with the digital divide since the publication of the Maitland Commission Missing Link Report in the early 80s. That report helped countries realize that telecom was a key tool for development, and since then telecom operators and regulators have struggled with how to provide access to telecom to all (universal access).

Why, one could ask? To a large extent, the cost of rolling out the infrastructure in areas with poor roads or electricity, the cost of customer acquisition, the cost of maintenance of the customer and the margins to be made from a low income customer, often make rolling out services to these regions difficult. These factors make regulations and financial incentives irrelevant to telecom operators. What we need today is an approach that considers the new technologies and new players that can facilitate universal service in a more cost effective manner. In fact, since the digital divide is so closely tied to the energy divide, we need to think out of the box when thinking of last mile access.

I currently live in Indonesia, a nation with 17,000 islands. Many regions have little or no voice services let alone broadband Internet. In today’s day and age of innovation and entrepreneurship, the last mile can only be provided more cost effectively by social or community based entrepreneurs. They are better partners in fulfilling the universal service obligations of telecom operators. These last mile entrepreneurs can provide business models than can be a more effective and efficient way of offering service, as they cut down many of the costs involved in doing it at grassroots level.

In some countries, social entrepreneurs or community-led cooperatives at the last mile are already being allowed to buy bandwidth in bulk from the telco, and then becoming the last mile provider to the end user. In India for instance, Air Jaldi uses WiFi mesh technologies to offer broadband Internet to schools in the highlands of Dharamsala, India. Green Wifi and Inveneo have been doing the same in many countries, but mainly only to schools or hospitals. With new technologies such as Open BTS, Open WIFI, raspberry pi computers, or energy efficient BTS such as produced by VNL, last mile operators don’t require huge capital investments to become last mile providers. VNL energy efficient BTS has even been developed for the last mile operator – for example, it can be transported by bullock carts and assembled by illiterate people using pictures as instructions. Necessity and scarcity is truly the mother of invention, and we should highlight these success stories from the developing world.

Regulators should be open to offering USO funds to these last mile social entrepreneurs or community cooperatives and allow telcos to partner with these operators to fulfill their obligations. The time has come to think out of the box, to ensure we can in fact bring broadband to all. The last mile grassroots entrepreneur is at the level in which innovation happens, and we cannot expect this of the telecom operator deploying high end expensive equipment and networks at massive scale.

We cannot do the same thing as the past and expect a different result to bridge the digital divide. As Albert Einstein so wisely put it, “stupidity is doing the same thing over and over again and expecting a different result”. The developing world has so many success stories as a result of thinking creatively and differently, such as Grameen phone bringing voice service through women entrepreneurs. Today, communities and young entrepreneurs are eager and capable of innovating and solving their own problems, and regulations should stay ahead to bring the maximum benefit to all concerned.

Laina is a mentor for the Young Innovators Competition at ITU Telecom World 2014, and will also be moderating the Forum Closing Conversation on Wednesday 10 December, wrapping up the panel debates and Forum sessions of the previous four days.