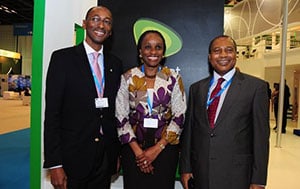 Nigeria has emerged as Africa’s largest economy, following a recent statistical “rebasing” exercise, with 2013 GDP estimated at US$ 502 billion.

The Nigerian economy has continued to grow at a rapid 6-8% per annum (pre-rebasing), driven by growth in agriculture, Information Communications Technology (ICT), and services.

The emergence of GSM networks in 2001 resulted in faster economic growth in the sector, with multiple GSM providers operating nationally and a subscribership base nearing 80 per 100 persons. From 450, 000 connected lines in 2001 to a mind-blowing 184 million lines as at September 2014.

In the years ahead, growth in the sector is projected to surpass other sectors of the economy due to its huge local and international investment opportunities.