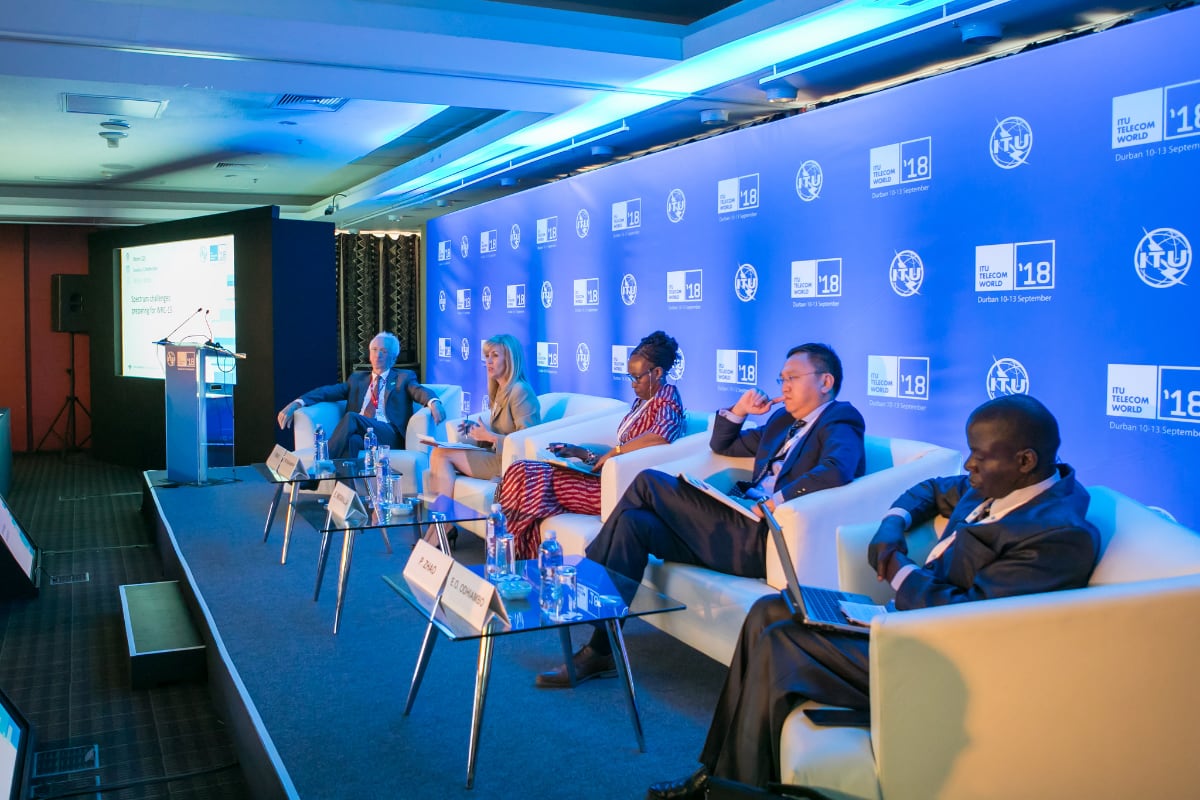 A consensus-driven process with a history of more than 110 years, the World Radiocommunication Conference convenes every four years to update the international regulations governing the use of spectrum. Preparations for WRC-19 next year are not only underway – they have been ongoing since the morning after the final day of the last conference in 2015.

“It is important to note that this is not only a conference, but a process,” explained session moderator François Rancy, Director of ITU’s Radiocommunication Bureau. Central to that ongoing process are the studies conducted in how the changes made to the radio regulations can actually be implemented whilst continuing to protect the investments made in past – and those that will be made in future, based on previous regulations.

It is about “building a sustainable ecosystem of radio communications,” said Rancy, where multiple stakeholders all use – and often share -the same radio frequency spectrum. The process works, he said, because the people who take the decisions have the legitimacy as the representatives of government and regulators of all member states and are “at national level in charge of not just defining spectrum regulations, but applying them and enforcing them.” Decisions are made by consensus only, ensuring a clear path ahead.

One of the main issues on the agenda at WRC-19 is the allocation of additional spectrum for non geo stationary satellite constellations, able to provide connectivity to areas where fibre optic and other traditional infrastructure are unavailable or limited. The mobile industry is also looking for further spectrum to bring mobile broadband connectivity to the unconnected – and to meet the growing demands of consumers and end-users for ever-more data hungry services and experiences.

It’s important to bear in mind, Rancy reminded the audience, that the discussions at WRC 19 will be looking at allocating spectrum for future technologies and technological developments that are not yet operable: you allocate spectrum in the expectation that something will happen within a few years, always some time ahead of real deployment, because “WRC is about what will happen in the future.”

Representatives of all major stakeholders in the spectrum allocation process were on the panel, including Donna Bethea Murphy, SVP, Global Regulatory Policy, Inmarsat, speaking on behalf of EMEA Satellite Operators Association (ESOA). She made the case for the satellite industry in an age where the falling prices of technology and increasing capacity enable satellites to provide affordable accessibility to new users and smaller operators, pushing applications out to SMEs and end-users. The industry is also working with many smart cities across Africa, as backhaul for wifi hotspots, in emergency relief and for a growing range of applications in sectors such as farming, health and education. “It is an exciting time for us,” she said, “but it is also challenging, as the use of satellites is not always visible to regulators and end-users.”

From the mobile industry supplier point of view, Elizabeth Migwalla, Senior Director and Head of Government Affairs-Africa, Qualcomm, underlined the need to remain relevant and fulfil consumer expectations of “next generation mobile experiences, fibre like quality and low latency and speed”, in addition to expanding into new sectors such as manufacturing, safety, agriculture and access. This expansion will require new spectrum in higher bands, where the technical viability has already been proved and now has to be converted into operational viability. “The crux of the matter is creating the environment to enable mobile to operate in these frequencies as there is clearly no spectrum unused”, she said. Is there a way in which mobile can work with other neighbours in a manner which is not detrimental to them?

3G and 4G took ten years from the WRC process to commercial deployment – and the timeline for 5G will be similar in terms of widespread consumer use, commented Peng Zhao, Spectrum Policy Director, Government and Regulatory Affairs, GSMA. Which means we need to do the work in the WRC now, follow the process and find the spectrum needed for 5G. He stressed that the mobile industry itself is not necessarily behind the drive for more spectrum – it is the customer and consumer pushing for more and more data. “This is the pressure on the network to absorb this and future migration, so we need to sustain that demand – and so we need spectrum,” he said.

A contrasting use case for spectrum was put by Elias Otieno Odhimabo, WMO Representative for Eastern and Southern Africa, WMO, speaking for the scientific community using spectrum for meteorological predictions or monitoring earth resources through earth exploration satellites. “As a key stakeholder, partner and consumer of spectrum, we need to see that the frequencies we operate are protected effectively,” he said, highlighting the importance of protecting the ability of critical weather and early warning devices using accurate and highly specific equipment to operate within radio spectrum.

The ITU has a major role in ensuring spectrum protection and sustainability, and in allocating spectrum fairly, he said.

Spectrum remains a limited resource, however, and the balancing act between connecting the unconnected, enabling the huge social and economic development potential of mobile broadband and satellite services, and protecting life critical services will remain a delicate one.