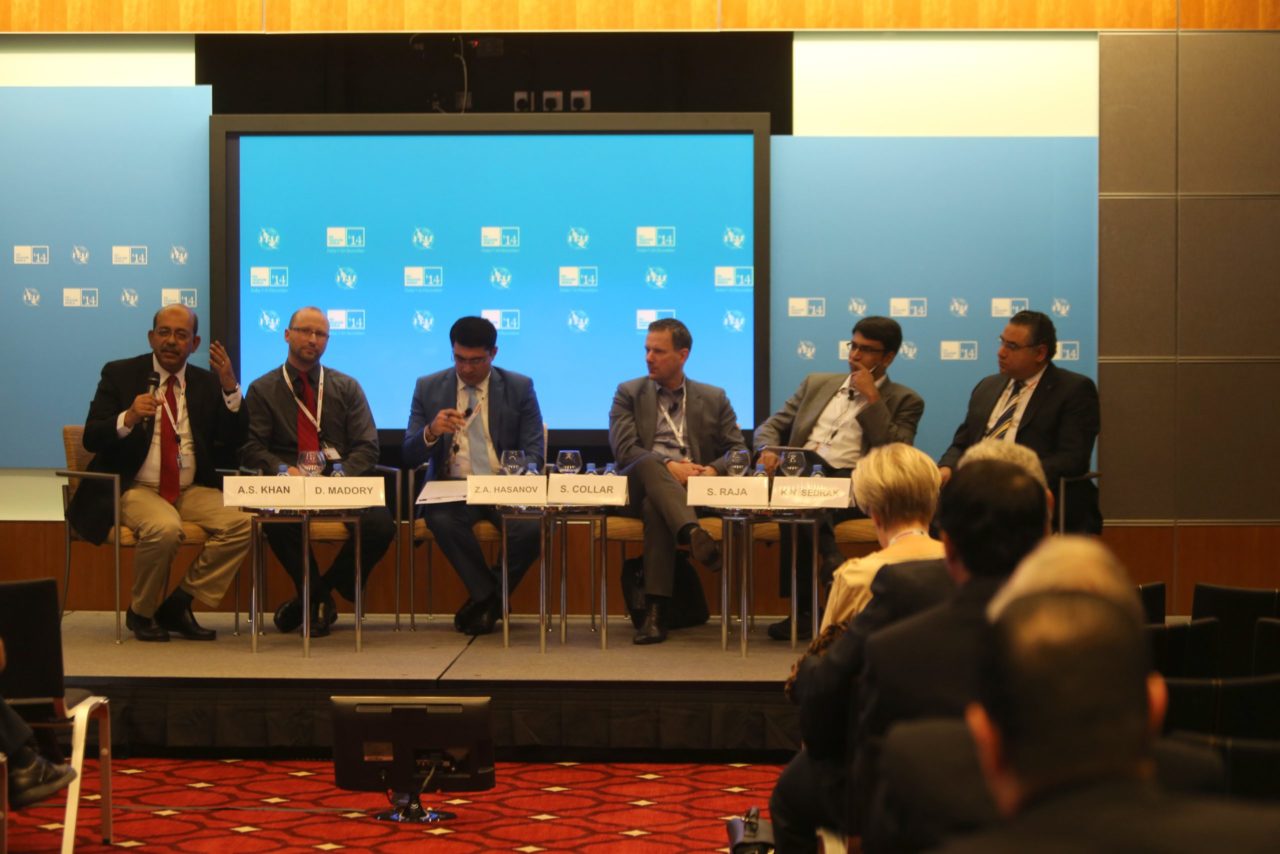 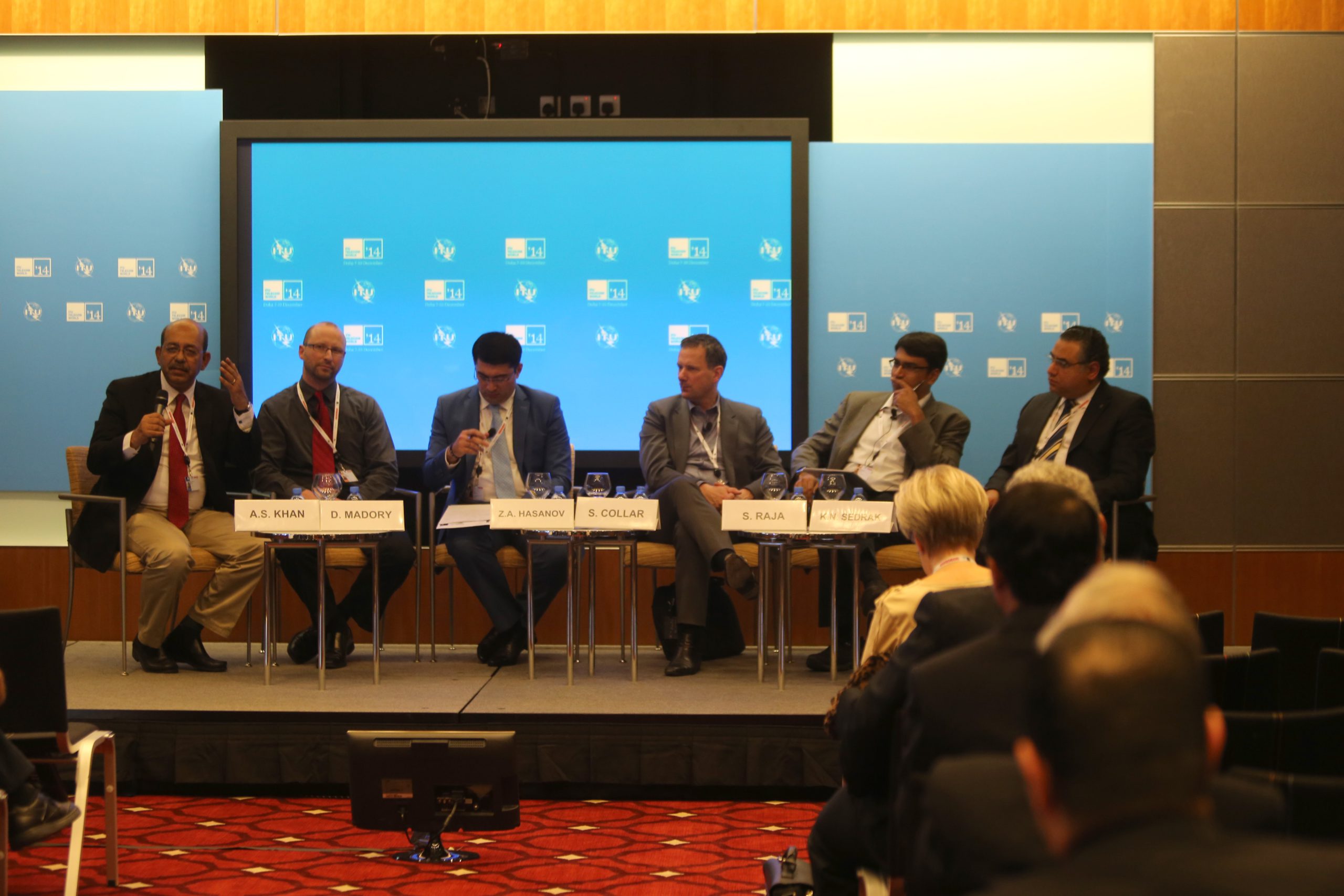 As Doug Madory, Director of Internet Analysis, Dyn Research, pointed out, from a purely technical perspective, when it comes to creating an ICT hub, there is little difference whether a country is landlocked or on the coast. Switzerland is as fully connected as any the nation on earth, despite being far from the sea, its status as an internationally- renowned banking hub meaning telcos invest heavily to ensure its network reliability. Why, then, should this not apply to similarly geographically-challenged countries such as Bhutan or Afghanistan?

Exploring the factors in play, Zaur A. Hasanov, Director, Trans-Eurasian Information Super Highway Project, did not ignore the engrained bias against landlocked countries being well-connected, but highlighted that, “Hubs go beyond the internet to roads, trains and container shipping. If you look at a map of how things move, everything moves through the same 20 hubs around the world – whether it’s a container or a data packet, the contingency factor is the same.”

So having the right policy frameworks to facilitate successful IXPs, promoting demand, and creating liberal, open markets are vitally important, particularly when the terrain is difficult or borders are closed. It’s about “creating platforms and dialogues to overcome historical political economic factors”, understanding that stimulating investment in infrastructure requires enabling regulation and policy. Rwanda is the prime example, commented the panel, of a landlocked country without a direct connection to an undersea cable but with a flourishing ICT-based economy based on government investment, open regulation and a commitment to ICTs empowering education and government services extending, promoting and expanding the industry.

“It is wishful thinking to design developmental projects without the regulatory framework and basic best practices which enable investment in the sector, “ said Khaled Naguib Sedrak, CEO and Founder, NxtVn, pinpointing the clarity of the regulatory framework as the principal driver behind ensuring funding – in addition to the need to “get past the psychological barrier”, moving away from the entrenched mindset which erroneously sees a monopolistic set-up as vital to ensuring national security.

Those psychological factors apply to the choice of connectivity technology, too, as moderator Saeed Khan emphasized: “Politicians love satellite as it brings a huge explosion of coverage, it’s showy and attracts attention, whereas cable is nothing to show off or talk about in comparison.” Yet getting the right balance of technologies for each nation or region is as important as ensuring open access. This means sensible infrastructure, leveraging submarine cable, terrestrial fibre, satellite, access technologies from wifi to wimax, drones to balloons, put together in a mix that makes sense in each individual case.

For Madory, it is important to remember that some regions such as Central Asia are “doubly behind the curve”, having both very limited international connectivity and a lack of adequate local hosting. Global internet structure fragility is a fact of life, which can be overcome by increasing route diversity to increase robustness and stability. Open access must be comprehensive across the broadband value chain, including data centres and servers as well as transport.

Siddhartha Raja, Policy Specialist, at the World Bank, stressed that the approach to open access should be different in each country, dependent on the current nature of each market and ensuring that the incentive for investment is not diminished. It is important to understand at governmental level that the intention and actual transition to open up the market and allow investment does not happen overnight, but calls for the correct sequencing of actions. And a market such as South East Asia cannot be taken as a whole, varying so extensively as it does between rural remote areas (where 92% of mobile penetration is 2G) to the developed urban hubs where 30% of subscriptions are 3G or 4G.

Policy, dialogue and exploring a diversity of financing options will support connectivity, but smaller-scale actions further down the value chain are equally important – such as ensuring that a ten gigabyte board does not continue to cost five times as much in South East Asia as it currently does in London. Transparency and openness are key across all technologies, reducing state-sponsored monopolies, unnecessary regulation and the dead weight of bureaucracy as quickly as possible to solve the digital divide.

And one of the biggest obstacles is fixing the misconception within the telecom world that infrastructure projects are an investment taboo, according to Khaled Seguib Nedrak. There should be no expectations of swift return on investment, but instead a realistic approach combining public and private financing to remove any anxiety about investment. Structuring the financing from the big picture of mixed infrastructure right down to the smallest boards is essential to affordable international connectivity in all regions, landlocked or not.