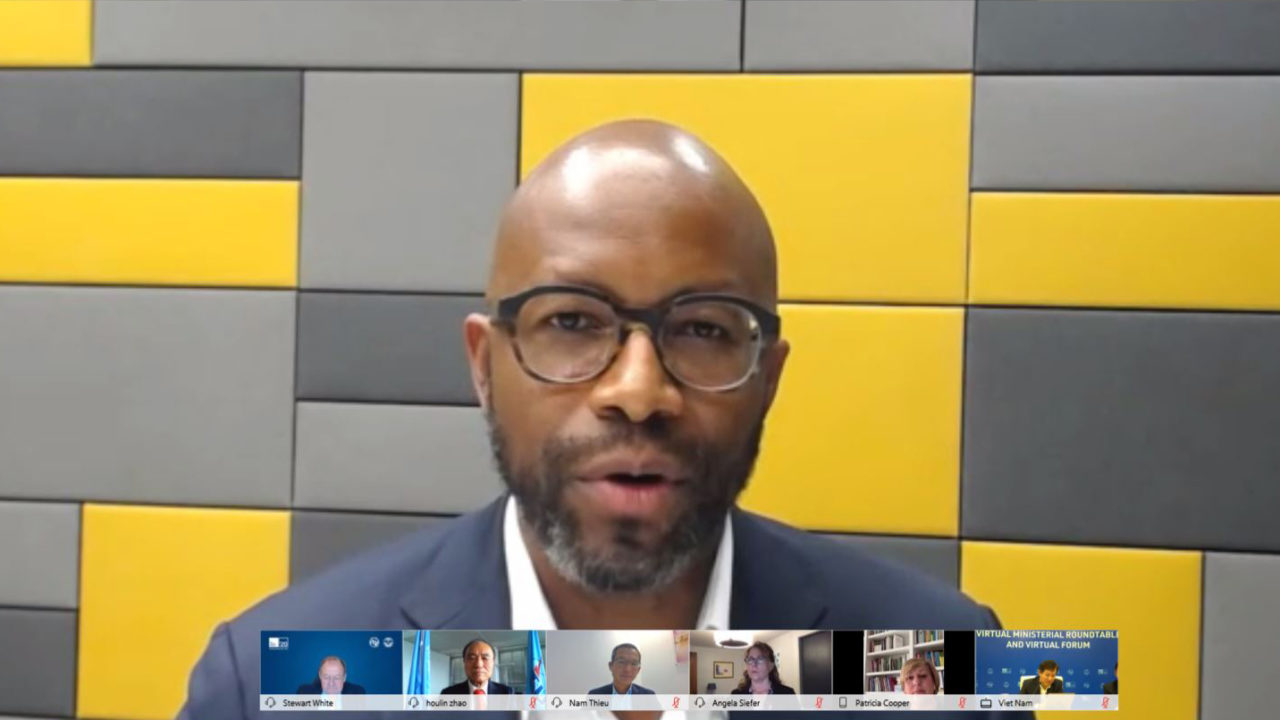 The digital divide, traditionally interpreted as the distinction between those who have and don’t have access to ICTs and often as a developing country versus a developed country issue, is certainly no new concept. Now, however, the ongoing COVID-19 pandemic has brought a whole new meaning to the term. According to moderator Stewart White, CEO, Akhet Consulting, the divide has shown itself to also be a developed country issue, between those who have and can benefit from digital technologies, particularly broadband, to access information, education, health and news – and those who cannot. Now it has spotlighted these inequalities, will the COVID-19 pandemic act as the ultimate push for action in closing the digital divide?

Panelists were clear that the pandemic had been a major driver to action, in different ways. According to Patricia Cooper, Vice President, Satellite Government Affairs, SpaceX, it underlined how “our ability to participate in this world is highly contingent on the backdrop of broadband.” This ability to connect is now no longer just a business requirement, it’s also an essential in the home, and traffic patterns have shifted to meet this.  The pandemic has been a major awareness builder, according to Angela Siefer, Executive Director, National Digital Inclusion Alliance. Where once an explanation as to why broadband was important might have been needed, this is no longer the case. It’s accepted as being critical. Progress on digital equity – where communities are able to freely access and effectively use digital technologies – is now “the genie that won’t go back in the bottle.”

The COVID-19 pandemic has certainly demonstrated the essential nature of connectivity, according to Thieu Nam, Country Manager, Qualcomm Viet Nam, Laos and Cambodia, and across a host of areas including health, education or government services. The government of Viet Nam has undertaken a number of measures to actively tackle the pandemic as well as build digital infrastructure, rollout broadband across communities and ensure a nationwide 5G network, as well as working with partners to provide wireless access via affordable smartphones.

The pace of digitalization has accelerated across markets, according to Ralph Mupita, CEO, MTN, with no chance to go back to previous terms, in the opinion of António Nunes, CEO, Angola Cables. The pandemic has also shown the importance of infrastructure to keep the economy rolling.

Barriers to bridging the divide

A lack of connectivity, affordability, and having the right skills in place to adopt and benefit from digital technologies were key stumbling blocks identified by panelists.

The need for connectivity to bridge the digital divide is no longer only a developed/developing country phenomenon, with rural-urban divides opening up even in developed markets. Added into this is an explosion in home-based working which has caused, according to Mupita, a structural shift which wasn’t in evidence pre-COVID-19, meaning that connectivity is no longer required as urgently in financial or educational centres, but potentially more in rural locations.

The digital divide does not exist solely because of access, but also affordability, explained Nguyen Van Yen, Director of Technology and Network Department, VNPT. Affordable access devices are crucial to uptake. With 70% of its customers classified as low income, a key priority for MTN is stimulating the ecosystem to drive affordable handsets. Overcoming low levels of digital literacy is also essential.

Services need to be tailored to the needs and levels of digital literacy of the communities they will serve, explained Nunes, not just rolling out the same services to rural areas that are designed for cities. In terms of online education – an area which has become increasingly essential during the pandemic – the teachers need to be taught first before they can teach the children. And it is not just in education that the pandemic has put people across the world into roles which must now be provided online and for which they may now need new skills.

Effective public/private partnerships, the right incentivization, the right technology and embracing players from across the industry ecosystem were key solutions put forward by panelists to bridge the digital divide.

Speakers agreed that public/private partnerships were essential in bridging the digital divide, but need to be effective and work for everyone. According to Mupita, the real conundrum in establishing partnerships is “the path through the next decade”. Investors need stability agreements, or a “social contract” so that they can look at a project over a 20 year time frame, backed by the appropriate enabling environment. According to White, governments setting particular targets, such as universal access within a short timeframe, need to work out how to make this affordable, and this is where incentives are needed. And these need to be then right incentives, pure commercial pressure to meet incentives does not work.

Joining the session as a panelist, ITU Secretary-General Houlin Zhao explained how he had taken part in the recent G20 meetings, where ICT is considered as an essential tool. ICT is a “profit-making business,” he explained, but must be supported, not just have money taken from it. Private sector investment is crucial for this, but authorities “need to create a good environment which will attract private sector investment.” Reducing infrastructure costs should be seen as a joint public and private sector objective.

Cooper called for a “recognition of the sense of urgency” on the part of all stakeholders. If there is a pressing need to connect, a technology that can reach, and a provider who is willing to invest then we should not add additional complexity to efforts to get to more citizens.

The right technology is also key to closing the gap. In recent years deploying mobile broadband has helped increase penetration, according to Nam, and a Viettel-supported project has helped provide fiber access to schools. VNPT has used mobile technologies in rural areas even providing access via drones or balloons in remote areas. The type of technology deployed, according to Nunes, will follow the demands of customers. In rural areas this could be via satellite, which works well in remote areas but in cities a mix of wireless and cable networks may be more appropriate. The right technology also needs to be backed by availability of relevant online, local language content.

Efforts to bridge the digital divide must incorporate all players across the industry ecosystem, including SMEs, who are rich sources of innovation and can offer a lot of talented ideas, according to ITU’s Houlin Zhao.

Summing up, Nunes noted that one point of change is how we now acknowledge each other. This is an inventive sector, said Cooper, we can solve a lot of problems and do good. Nam and Van Yen echoed the importance of public private partnerships, with the right incentives for governments and private sector, added Mupita. The solutions must tackle adoption, as well as availability, said Siefer, concluding the session.