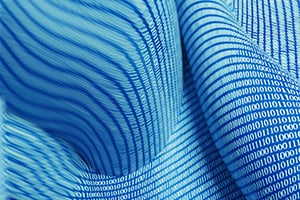 Tsunami is a nasty word in Asia; a word that carries the idea of impending disaster. However, it is accurate to say that this is exactly what is facing telco networks in APAC as they struggle to cope with a tidal wave of data generated by their customers.

According to Cisco, global mobile data traffic grew by 70 per cent in 2012, to a level that corresponds to almost 12 times the entire Internet traffic in 2000! The word zettabyte, or one trillion gigabytes, has been coined to describe the new scales that apply in the fixed market. Cisco have stated that they expect that by 2016 global IP traffic will reach 1.3 zettabytes per year. This is ten times more than all IP traffic generated in 2008.

The issue for the operators is how to scale their legacy networks to be able to meet this customer demand. In APAC, fibre and LTE are possible technology solutions – however, this comes at a cost that commercial operators find hard to bear. In Australia, the previous government made a national broadband network a cornerstone of its election policy, claiming that only government had the long-term vision and access to capital required. The NBN Co plan involved the expenditure of US$36 billion over a fifteen-year period to June 21 to bring high-speed broadband to all Australian households, businesses and enterprises, through a combination of Fibre-To-The-Premise (FTTP), Fixed Wireless and Satellite technologies. Promising speeds of up to 100 Mbps, the project was to enable a variety of innovative industries and facilitate the delivery of essential government services.

However, the project is now under threat with the recently elected Australian government claiming that it is too expensive and that by utilizing the legacy copper network for the last tens of metres it can be done cheaper and faster. Whether this is possible is still the subject of vigorous debate with the final outcome not known until after independent reviews.

In many APAC countries, though, due to either geography or economics, wireless will be the only answer to burgeoning data demand. Key to this solution is access to adequate spectrum resources. In Thailand, access to critical 3G spectrum was held up for years due to complex regulatory issues. Now the Thai operators are rushing to implement 3G and 4G technologies simultaneously. In Taiwan operators are battling each other to secure vital 3G/4G frequencies with bids in round 340 currently more than three times reserve prices; while in India, the GSMA has urged for more efficient allocation of scarce spectrum resources.

The evolution of wireless technologies over the past decade has been extraordinary considering that the original standard for 3G specified speeds of 384 kbps for mobile devices, whereas now evolved 3G (3GPP Rel-11) is promising peak data speeds of up to 336 Mbps! In parallel with this development we have the newer LTE standard promising even faster speeds due to its more efficient protocols and all-IP architecture.

Of course, customers couldn’t care less about such details: they simply want to upload and download information and entertainment where and when they want and at an affordable price. With mobile data traffic in APAC forecast to grow 17-fold from 2012 to 2017, a compound annual growth rate of 76%, this represents a formidable challenge to operators and regulators alike. Will they be riding the wave… or underneath it? This is what we’ll be discussing at the panel session Riding the Data Wave at ITU Telecom World 2013 in Bangkok, Thailand.